What Is a Conventional Notification Appliance Circuit or NAC?

The Notification Appliance Circuit is a pair of wires that carry power from the control panel to the devcies that warn people of danger: the horns, strobes, bells, speakers, chimes, etc. 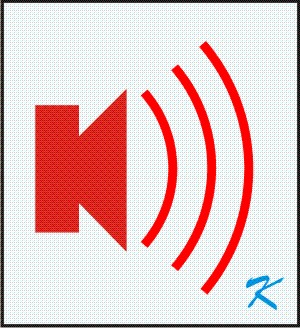 NAC is the acronym for Notification Appliance Circuit.
The NAC circuit starts at the main fire alarm panel (or at power expander panels) and goes out to the notification devices in the building. Like the IDC circuit, the NAC circuit is a two wire circuit, and it has an end-of-line resistor.

There are two conditions for a working NAC: Supervision (Stand-by) and Alarm. To switch between supervision and alarm, inside the panel is a relay; it's a physical switch.

For the NAC circuit, the positive and negative polarity of the riser power is the opposite of supervision power, so for all practical purposes, the voltage on the NAC circuit reverses when the panel goes into alarm.

However, inside the panel, the relay is really just switching between the panel's supervision circuitry and NAC riser power.

In alarm, because the relay only switches the NAC circuit to the riser power, the riser power could be DC power for horns, chimes, bells, and strobes, or audio for the speakers, or even power for the firefighter's phone system.

Remember though, if it's an audio riser, because the audio voltage is always changing polarity, the audio is AC voltage and not DC voltage.

Supervision of the NAC

To make sure all the devices are connected to the panel through the building's wires, in stand-by condition, the NAC circuit is being supervised.

The supervision for the NAC Circuit has three conditions:

When the panel detects a short on the NAC circuit, keep in mind that the panel goes one step further. In order to protect power supply and the other internal circuitry from the shorted NAC, the panel won't apply riser power to the NAC circuit. In other words, if there's a short, the alarms won't sound.

Synchronization of Strobes and Horns

This explanation wouldn't be complete except to say that on many fire alarm systems nowadays, the power on the NAC circuit for the audible and visible devices (AVS) now carries with it synchronization signals.

Several different types of synchronization signals are in use, and these signals are proprietary. One manufacture's AVs are using a different kind of synchronization method than another's. When replacing broken AV devices, make certain the new devices are the same make and model as the old devices (or at least compatible). If the new ones aren't compatible, the new devices won't sync with the others on the system.


P. S. Ya, I know. Using the word "circuit" after the acronym NAC (Notification Appliance Circuit) is redundant. But to me, the word NAC, like IDC and SLC, isn't an acronym anymore; it's just a name onto itself used to describe the type of circuit.