How Does a Relay Work?

A relay is a mechanical switch that is turned on and off by an electromagnet. 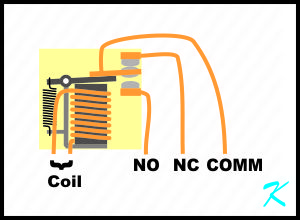 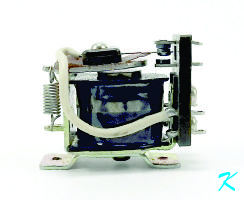 "Conducting" the magnetic field generated by the electrons moving in the coil, there's a magnetic core. The core, though, is actually in three pieces. 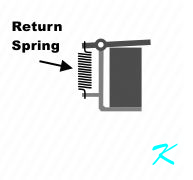 When the electromagnet is energized, the magnetism pulls the armature against the post.

Most relays have the return-to-normal spring.

Making up the magnetic assembly are the coil, the post, the bracket, the armature, and the spring. Shown here, when the wire is turned green, the electrons in the coil are moving, creating the magnetic field.

In the end, when turned on, the relay uses electrical current flowing through the coil to energize an electromagnet, the magnetism moves an armature, and the armature moves the contacts.

Energized, the relay places the Comm Contact (Common or C Terminal) against the NO Contact (Normally Open Terminal), electrically connecting them together.

Deenergized, the relay places the Comm Contact against the NC Contact (Normally Closed Terminal), electrically connecting them together.

Think of "Normal" when the relay is out of the circuit and just sitting in your hand, without any wires attached. That is how the relay is "Normally".