What Should I Do When the Fire Alarm Sounds?

When you're the caretaker, unless you've been trained and have written instructions from your management company telling you to stay, when the fire alarms sound off, leave with everyone else. 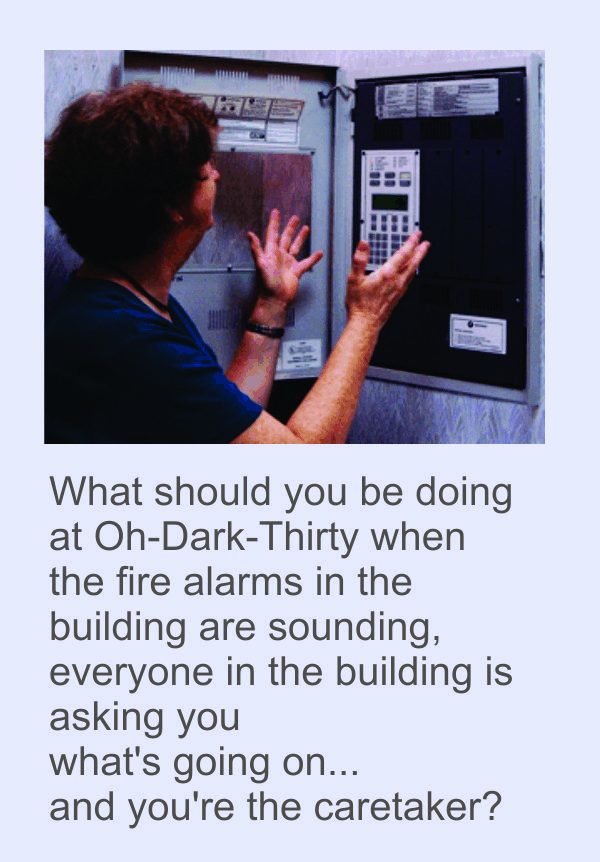 When the alarm sounds, as caretaker for an apartment building, what should you be doing? "I would never suggest turning off the fire alarms, or in any way delay calling the fire department." So says Brad Sveum, fire marshal for the City of Richfield.

Let the Sound of the Alarm Continue

The sound of the alarm is there to tell people there could be a fire. When the sound stops, people might think that everything is all right, and they can now go back to what they were doing.

If there is a problem, you don't want to tell people that nothing is going on, so, to warn everyone, let the alarms continue to sound.

What should I do when the alarm sounds? When the alarm system is sounding throughout the building, just allow the sound of the fire alarm to tell everyone to take action. Once you've called the fire department you will know the firemen are on their way.

Get Out of the Building

The company you're working for may have a written policy telling you, as their employee, that you need to do something else when the alarms sound. But without that written policy, and once you've called the fire department, all you need to do is get out of the building with everyone else.