How do You Use a Low Voltage Insulation Tester?

Please explain how you used your ground fault meter and leads to measure the ground.

If you were looking for a non-linear reading, did you have your meter on ohms, with one lead on the circuit being tested, and the other lead on a building ground? When your powered meter lead reached the knee voltage of 25 volts, the surge suppressor showed itself grounded?

To learn more about what a non-linear resistor is, read the article at:

Is Water a Non-Linear Resistor?

The result that's displayed is the resistance, in ohms.

A ground fault detector is an ohmmeter. The only difference is the extra 36 volts of battery voltage, and a resistor, added in series to one of the test leads.

To build a ground fault detector for use on fire alarm systems, use the instructions published in the Nuts and Volts Magazine September 2010 Issue, Page 42 at:

When calling up that site, just by X-ing out of the subscription request drop-down, you can read most of the article. However, even if you're cheap like me, you still might want to subscribe. The subscription isn't all that expensive, it's a good magazine for the electronic hobbyist, and besides, you can read the full article.

The disadvantage is that it really is a one-person test meter. It will never be an industrial strength meter to be shared with other technicians around the shop; unlike most store-bought meters, it won't stand up to abuse.

Depending on how you look at it, an advantage or disadvantage is that the display on the homemade ground fault detector is not calibrated at all. All you can see is that the meter's needle doesn't move, barely moves when testing, moves a little, or moves a lot. If the needle doesn't move, it's measuring an open circuit. If the needle moves a lot, it's measuring low resistance. How you interpret the in-between measurements are up to your judgment. After playing with the meter for a while, you'll get used to what you see.

That 100-volts is just fine when only insulated wire is involved. Fire alarm systems, though, have devices attached to the wires. That 100-volts is more voltage than I want to use on any electronic device.

Since the time the article was published, insulation testers that were switchable from 10 volts to 100 volts became available. Personally, I might not remember to check the switch each time I use it, and might leave it at the 100-volt setting. So that I can't make a mistake working on a life-safety fire alarm system, a ground fault detector that can't ever go above 40 volts is my choice.

Using an Ohmmeter, a Ground Fault Detector, or an Insulation Tester

Electrically, there is no difference between an ohmmeter, a ground fault detector, or an insulation tester. All of them are current measurers. In theory, the actual schematic for each of these can be exactly the same. Yes, with digital electronics, all of them are different, but when using mechanical meter movements instead of digital displays, the schematics for all three are almost identical.

Another difference is the Zener diode can't handle the voltage and current spikes that a surge suppressor can handle.

Surge suppressor manufacturers, just like most other manufacturers, don't provide internal schematics for their equipment. They just say something like, "25 Volt Surge Suppressor". Because that's all that they say, they mean that it's good for (and won't interfere with) what you and I measure as 25 volts. 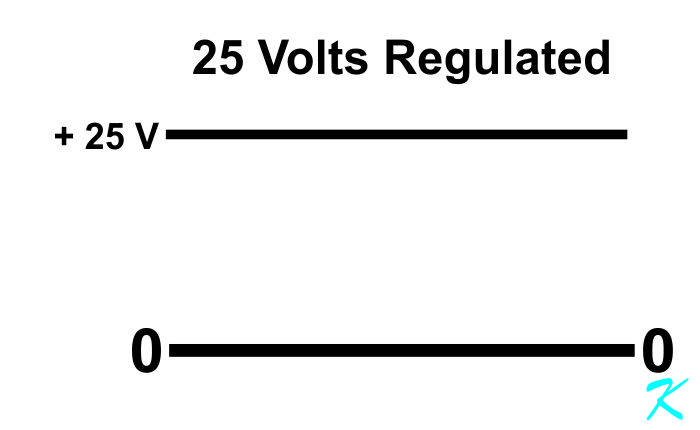 When we measure a steady, regulated 25 volts with our DC voltmeter, we are measuring a true 25 volts. A surge suppressor has a knee, which is the voltage below which the suppressor doesn't suppress the voltage. In other words, the knee has to be greater than what we measure as 25 volts DC Regulated.

But surge suppressor manufacturers can't count on that. 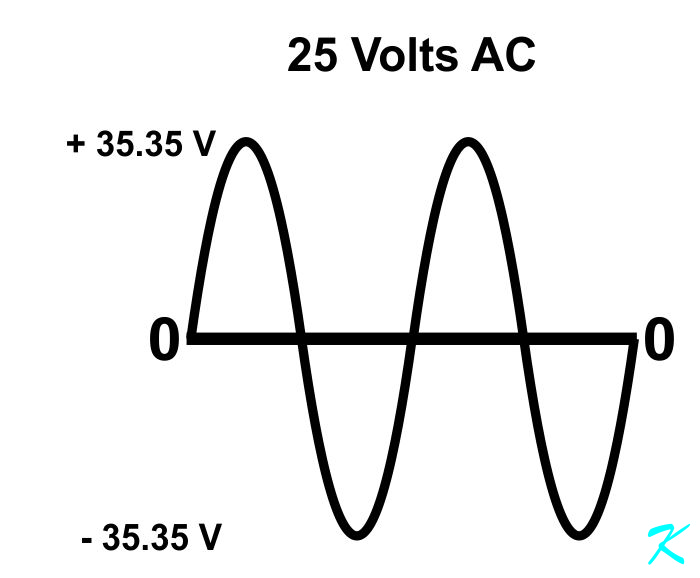 Commonly AC voltages are sinewaves, like what comes out of a 25-volt plug-in transformer. A 25-volt AC sinewave actually varies between minus 35.35 volts and plus 35.35 volts.

AC voltmeters, the ones carried by technicians, actually give the RMS voltage value of the AC signal. RMS is Root-Mean-Square. It's the heating value of the AC sinewave. A 25-volt DC regulated signal will provide exactly the same heat as a 25-volt AC RMS signal.

Many manufacturers of 25-volt surge suppressors take this into account, and even give a little wiggle room above that. A surge suppressor stamped with 25-volts on its side may not start suppression until the voltage actually exceeds 40 volts. 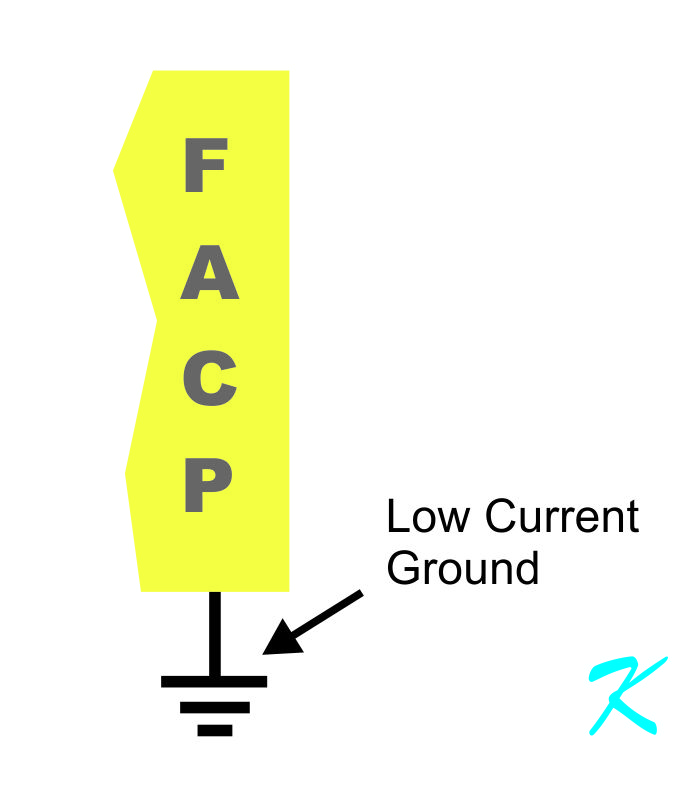 All fire alarm panels have a ground-sensing connection to ground. This is used to make sure there is no other ground connection (Ground Fault). 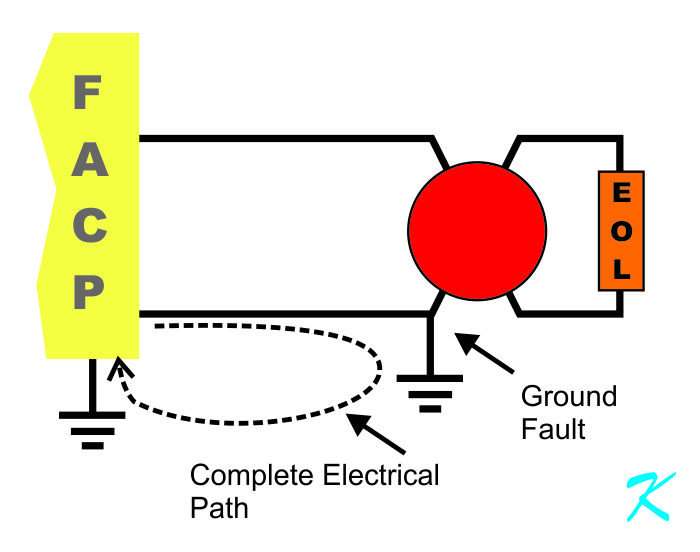