Is Water a Non-Linear Resistor?

To understand a non-linear resistor, we'll start out with a device we normally think of as a resistor. 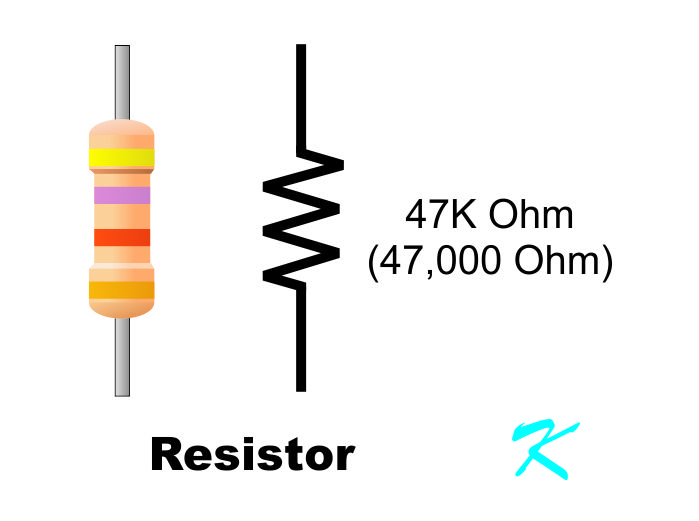 A resistor is a high resistive device between two low resistance wires.

If the voltage reverses, Ohm's Law still shows the same relationship. When the voltage doubles, the current doubles, and the resistance stays the same. 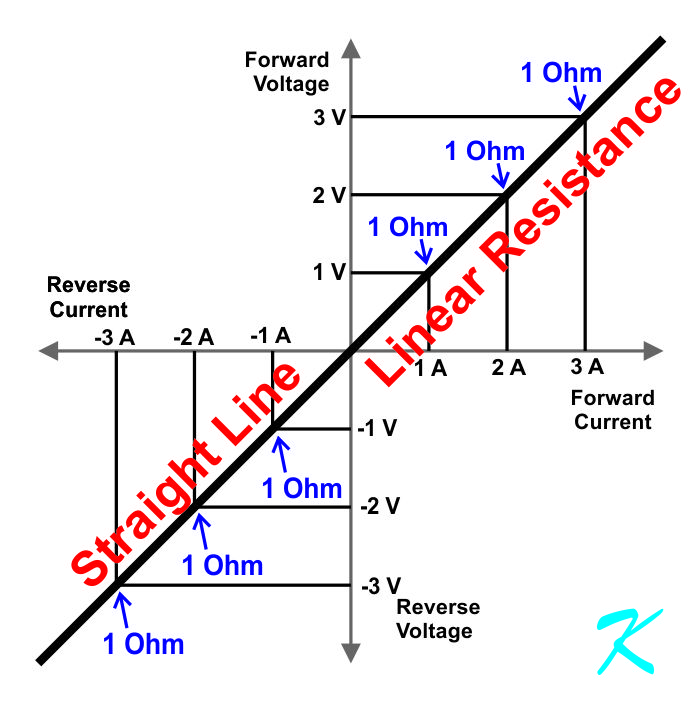 Ohm's Law Applies. When plotted on a graph, a 1 Ohm resistor will have a straight-line (linear) relationship between voltage and current. At 1 Volt, there will be 1 Amp of current. If the voltage triples to 3 Volts, the current will triple to 3 Amps, because the resistance stays at 1 Ohm. 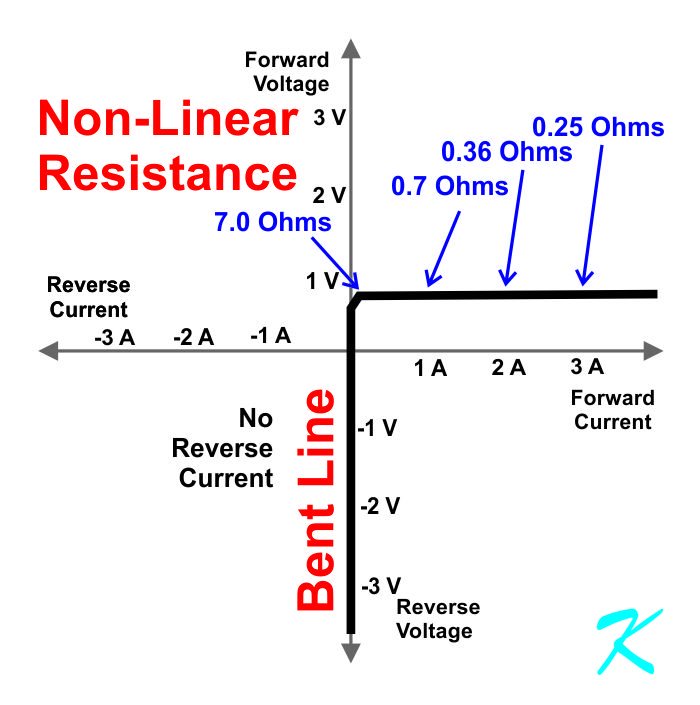 0.7 Volts is often called a knee, where the graph of resistance is sharply bent. When the voltage is increased across the knee, the current increases rapidly with even a very small increase in voltage.

In order for the current to increase so rapidly, while the voltage across the diode has barely increased, the resistance of the diode has to decrease... lots.

Then again, if the forward voltage across the silicone diode is below 0.4 volts, or if the voltage is reverse biased, the current through the diode is not measurable. The resistance is basically infinite.

No, this is not the graph for a 1N4007 diode. A 1N4007 diode would burn out above 1 Amp of current. This is a general idea showing the non-linearity of a generic silicone diode.

Even with water, Ohm's Law applies. Water resistance is non-linear, but water is fickle. The actual resistance of water is affected by the impurities in the water, how much water there is and how far the electricity has to go through the water, water temperature, and by the voltage that is applied.

There are so many variables, I won't even attempt to put numbers on the graph for water. Bottom line, though, the resistance of water is non-linear.