What is the Extra #6 AWG Wire Jumper For? 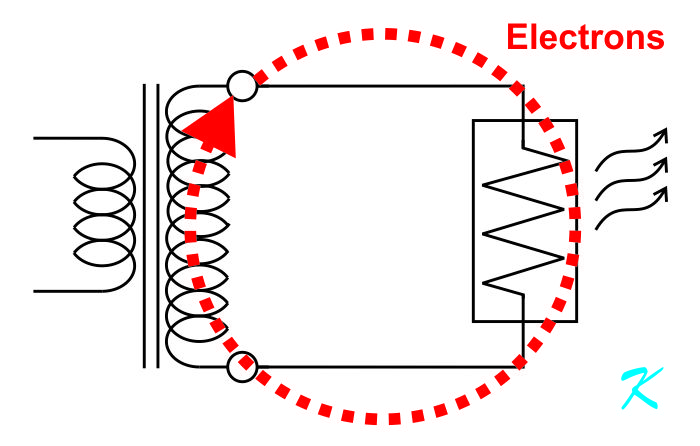 Well, you solved my last AC/DC mystery so here is another question.

A welding company bought a 480v, 3phase electric furnace at auction. The problem is their company building only has 208v, 3 phase.

The below is what I'm told:

So, they hired an electrical contractor who installed a delta/wye transformer and back-fed it, i. e. wye/delta with 208-volts, 200-amps in with 480-volts, 100-amps out.

It worked at first and came up to a setpoint of 1250 deg. This indicates the 200-amp fuses managed the load. After a bit, the temp fell off. On Inspection by others, they found that heating elements had separated in two spots. They purchased a new heating element package and installed it.

They started it up and the temp rapidly started climbing. At about 480 deg, the machine's alarm bell went off and temp started falling. When the alarm reset was pushed, the machine totally shut down, period.

This is now current:

Upon arrival, I opened the transformer and found only the B phase was hot and I noticed the electrical contractor had been grounded the neutral to the grounded frame using a short #6 [AWG or American Wire Gauge] green wire. To my knowledge, it is advised that you do not ground the neutral in a Wye/Delta application. The #6 wire, either overtime or all it once, had greatly overheated, all the insulation had melted off and became ash on the floor. I removed the green jumper.

I also found in the main building electrical switchgear, phase A and phase C fuses had blown.

Once I get new fuses, I can start checking the various possibilities left, but while waiting for fuses, my question to you is this:

"In your opinion, was the grounding of the XO terminal part of the blown fuse problem or just a separate isolated problem by itself?"

It's interesting about the #6 green insulated wire getting hot. Free-air #6 copper wire should handle well over 100 amps without getting very hot. There had to be more than 100 amps of electrical current running through that wire.

A Circuit is a Circle

To have a complete electrical circuit, one where electrons are flowing, current has to travel:
This is the complete circle, and breaking the circle anywhere will stop the electron flow.

Ground is a Conductor

In a resistor, according to Watt's Law, voltage times current equals watts. Your furnace has at least three resistors. When current flows through a resistor, the resistor turns that voltage-times-current (wattage) into heat.

A Wire is a Resistor

The #6 wire between neutral and ground is a resistor, and the wire-resistor in your circuit became hot enough to burn off the insulation. To do that, the wire has carried lots more current than it normally should.

Neutral is Supposed to be Grounded

Ground Faults Don't Have to be Copper-to-Metal Shorts

For information on non-linear resistances, like ground faults, see: Is Water a Non-Linear Resistor?

When working with 120 volts, 208 volts, 480 volts, 13.8 k-volts, etc., a hand-held ohmmeter often doesn't cut it when checking for ground faults. Ground faults through copper-to-metal connections can easily be detected because the 3 to 9 volts used with a hand-held ohmmeter is sufficient. But the only reason the 3 to 9 volts sufficient is because the copper-to-metal connection is linear.

Other ground faults are non-linear and are often not detected by a hand-held ohmmeter.
These non-linear resistances are only detected using an Insulation Detector, like a Megger.

I have watched as linemen checked a 3-phase, 13.8 k-volt, underground line to one of several TV and radio stations. Their hand-held ohmmeter didn't detect a problem, so they replaced the fuses. Reconnecting the fuses produced a 15-foot (5 meter) shower of sparks, and for a few minutes, the electrical-grid short blacked out 30,000 homes.

They had a non-linear short; they should have used a Megger.

From your description, it looks to me that there is a major, non-linear ground fault, somewhere. The current that goes through that ground fault is enough to overheat a #6 wire, and burn out 200-amp fuses.

I suggest using a Megger when looking for the ground fault, the Megger can detect problems that an ohmmeter won't detect.

Also, before just removing the #6 wire, the reason that the wire is there in the first place needs to be investigated.