Do You Have to Talk to Management Before Service?

Utility power maintenance people and phone company people often have lock-boxes so they can just enter the maintenance room without "checking in". No one will notice when they are there. Fire alarm people can accidently evacuate buildings. Talk to management so they aren't surprised. 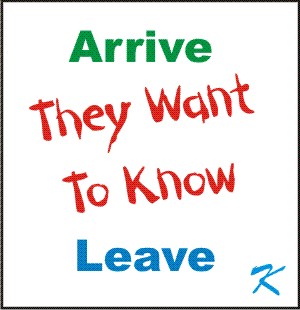 When a technician is doing something, anything, with the fire alarm system - - people are concerned; they don't like being surprised by seeing someone messing around with their life-safety fire alarm system. They really want to know what is going on.

Whether it's a person who lives or works there, it's a building manager or owner, it's a custodian or caretaker, it's a building engineer or facilities director, when any one of these people discovers someone working on the fire alarm system, they'll check with someone that they know is in charge.

If those in charge of the building haven't heard about the service, serious questions come to mind. In the back of their mind people wonder:

Then, if the alarms sound without warning, the questions get worse.

On Arrival - Talk to People

Before even touching the fire alarm system, it helps to talk to the people in charge. The managers and maintenance people have a much better idea of the procedures to use and the precautions that should be taken.

When Leaving - Talk to People