Can Stopping to Look at the Panel and Think Save Time?

When the fire alarm system is in trouble, stopping at the panel to examine the troubles instead of just running off to fix them can save lots of time, especially when there really is one cause of the dozens of troubles that can sometimes show up after lightning damage. 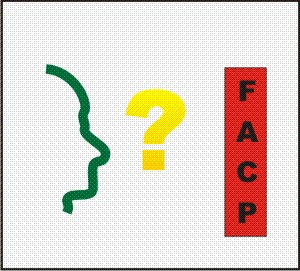 Before trying to troubleshoot, read everything the panel is saying. Often, the panel is going to indicate just where to go or what to look at.

Sometimes, even after a lightning storm, what seems like a whole gaggle of troubles is really only a few small troubles in disguise. Taking some time to look over the situation before diving in to fix the troubles will save time later.

A short while ago, after a lightning strike, I was presented with 90 troubles on a fire alarm panel.

It was a large hotel, with 8 dataloops (Signaling Line Circuits or SLCs) between the fire alarm control panel and all the devices. The 90 troubles sounded overwhelming, but that's what I was given to work with.

First, Look at the Display

When confronted with lots of problems, don't start by trying to fix any of them. Look at the display, it is there to tell you lots of things.

In this case, the display showed that all the devices were on only one dataloop (SLC). Knowing this, I could concentrate on one area of the building rather than going all over the place.

Next, Check the Loop Controller to See Which Devices are Talking

Keep in mind, the devices that are working normally won't show up as troubles. To find out which ones work, disconnect the dataloop at the panel and then the working devices will be listed at the end of the queue.

That told me a couple of things. I learned that 27 devices on the loop still worked. I also now knew that the datacard on the fire alarm panel also probably still worked because it could detect the devices that worked.

Looking Through the Display

I could either go through the 90 original devices on the display to find which ones were bad, or go through the 27 new devices that were talking to find the last device that was working.

All 27 added troubles were on the top floor. Assuming that the dataloop would follow some logic and go from one end the hall to the other, I checked the 27 working device descriptions to see where the dataloop stopped.

I had taken the time to do all of this without leaving the fire alarm control panel.

I reconnected the dataloop so the working devices, when looked at, would flash.

Then, carrying a ladder, and with a building engineer following, I went and looked to see which smoke detectors were actually flashing, indicating they were working.

Sure enough, the smoke detector in the Hall By Room 634 was flashing, but the ones further down the hall weren't flashing.

Stick Your Head Above the Ceiling

At the detector Hall By Room 634, I followed the wires above the ceiling. I found the wire going to room 633, which had shown on the panel as working.

Tugging on wires, I found the other wire went to Room 634, which did not show up on the list of devices that worked.

I had found the wire I had to concentrate on, the one that worked at one end (Smoke by Room 634) and didn't work at the other end (Smoke in Room 634).

Tightening the connection allowed the data to go through a good connection again and that much was fixed.

In essence, all the troubleshooting so far involved lifting just one ceiling tile. Taking a little time early had saved a lot of time later.

The panel now showed only two troubles, an RTU (Roof Top HVAC Air Handling Unit). This would have been where the lightning entered the fire alarm system.

Grabbing a fire alarm module to my truck so I wouldn't have to return for the module later, we went to the RTU. I replaced the module because it wasn't flashing, and returned to the fire alarm panel to find the display normal.

This lightning damage was repaired in 2 hours (including drive time).

Our company looked like a hero because, before trying to find the problems in field wiring, I took time to read the panel and analyze the situation.