Yes, the fire alarm system should be active, it should be reset after every alarm. Resetting the system without knowing for sure what caused the alarm just means more false alarms. Requiring fire walks is far better than resetting a false alarm. 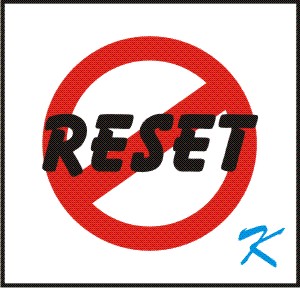 False alarms will happen again if the fire alarm control panel is reset before finging out what caused the false alarm.

When the alarm sounds and the firefighter arrives, even for a false alarm, the firefighter is on site for property protection and life safety. So when leaving, from the point of view of the firefighter, the fire alarm system should never be left in any condition but "Green Light Normal".

As an opposing problem, though, a service technician, the person that can fix the system so it won't go into false alarm again, is pretty much never on site at the time the firefighter is on site.

Yes, resetting the panel can clear the alarm and show only a green light, but "Green Light Normal" is not Normal if the system is going to go into false alarm again. Knowing this is important because false alarms make real fires more dangerous.

The only way for a technician to find the cause of the false alarm is for the firefighter to leave the panel in alarm.

Until the system is totally fixed, even a service technician doesn't know how much it is compromised.

This can be done automatically with a working fire alarm system, or this can be done manually by having someone walk the building on a regular basis with the primary purpose of looking for fire.

Fix It Before Reset

Until the service technician can fix the problems, if the cause of the false alarms is not obvious, it may be best for the firefighter to require fire walks by the owners of the building and not reset the fire alarm system.
Check It Out
Check It Out