How do Pathways Affect Ground Faults? 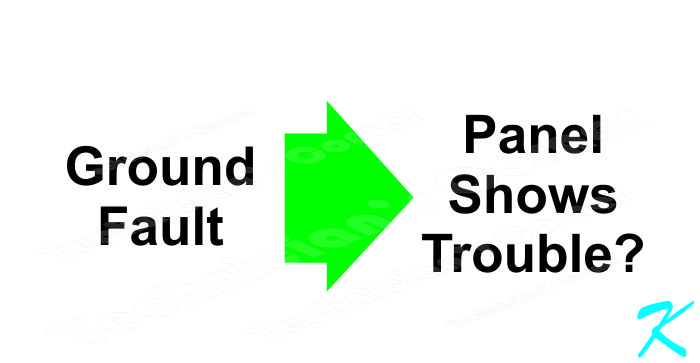 Ground Faults are a big issue. Almost anytime there is a ground fault on a fire alarm system, the panel displays a trouble. Then, no matter what caused the trouble, the trouble has to be fixed. However, the NFPA has an exception to the rules regarding the displaying of ground fault troubles.

For all types of pathways for signal or power in building wide fire alarm systems, the rule of thumb for displaying a ground fault trouble goes something like this, "Whenever there is a ground fault, the panel will display a trouble."

There is an exception to this rule of thumb. "If the ground fault cannot affect anything else, under any circumstances, then the panel does not have to display a trouble when that particular ground fault occurs."

OK, the NFPA doesn't use these words, but that is the meaning.

Regarding any of the Classes of pathways (Class A, B, C, D, E, N, X), we as fire alarm designers, installers, and technicians have to know whether a signal pathway will allow a ground fault to affect the rest of the fire alarm system.

A waterflow switch, for instance, starts out on a conventional Class B path to send a signal to an addressable input zone module. The signal is processed in the zone module to make it addressable and then the addressed signal may be sent to the panel on a Class A Signaling Line Circuit (SLC) path.

If there's more than one control panel in the fire alarm system, these same signals could be sent over Class N pathways, which may involve fiber optics as well as CAT(X) wiring.

As a signal travels from the detection device to the panel(s), and from the panel(s) to the fire horns We have to be aware of all the types and Classes of pathways that a signal might travel through.

When ground fault troubleshooting, a technician has to understand how various communication paths work in a fire alarm system. For this discussion, variations on how the paths transfer signals can be divided into two groups: Direct Coupled and Indirect Coupled. 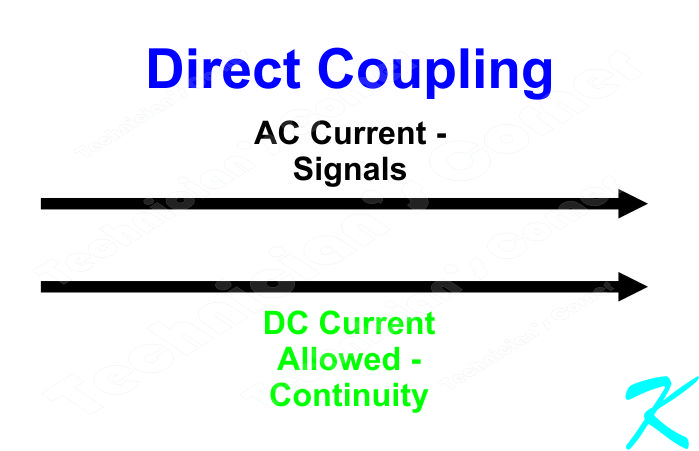 Direct Coupled is electrically connected or hard-wired - There are electrical current carrying copper wires used for transferring data between the electronics in all of the equipment and devices connected to the pathway.

Direct Coupled pathways would be: 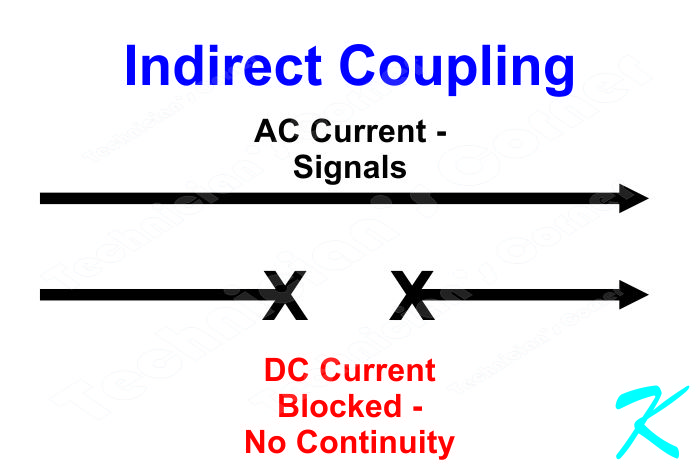 Indirect Coupled is not electrically connected or hard wired - There is no electrical connection between any of the electronic equipment or devices.

Mixed Direct and Indirect Coupled pathways have a direct hard-wired pair or pairs used to provide power to a device, and inside the same outer jacket, Magnetically Coupled (Transformer Coupled) pairs used to carry data between the device and the network.

Because they both the Direct and Indirect Coupled loops are in the same jacket, they could be considered to both be in the same pathway.

The difference between Direct Coupled and Indirect Coupled is electrical continuity. It's not normally used in a fire alarm system, but a plain old light-bulb-and-battery continuity tester can often be used to check whether or not a pathway is Direct or Indirect Coupled.

If a ground fault does not affect data transmission or any of the connected electronics, the NFPA 72 uses logic in their rules and does not require the ground fault to show up as a trouble on the fire alarm system.