Can Water Cause a Ground Fault? 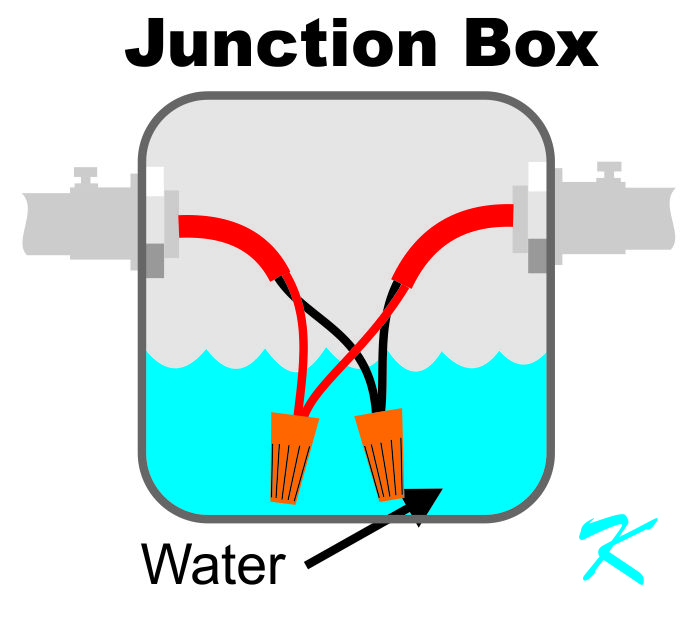 Greetings Douglas, I have question about a ground fault.

The fire alarm system was showing ground fault and electrical room was filled with water on rainy day. Can water cause a ground fault inside of a conduit?

It's a non-linear conductor, it conducts better at higher voltages than at lower voltages.

The purity of the water also makes a difference, rain water conducts much better than distilled water (distilled water removes almost all impurities).

Several times, I opened up a junction box, and water flowed out. When I do that, I turn to the maintenance person that was following me around, and say "I think I found your problem". Water can, and often does cause ground faults. 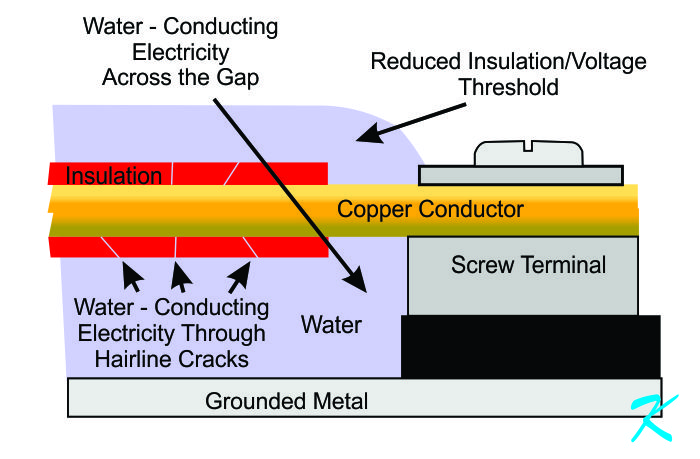 Water isn't supposed to be inside a building, but if water is present, water gets into cracks in the insulation and conducts electricity. Water present where it doesn't belong is one cause of ground faults.

I've seen it where just water condensing on the side of a switch bridges the gap between a screw terminal and building ground.

Can Water Cause a Ground Fault?

Yes, water conducts electricity, so can easily cause a ground fault. I've had to fix many water-based, soft ground faults over the years.