Is This an Addressable 4 Wire Speaker/Strobe?

A Speaker / Strobe is actually two separate, two-wire devices inside the same box: one is a speaker and one is a strobe. Each has its own power source, and inside there are no wires connecting the two together. 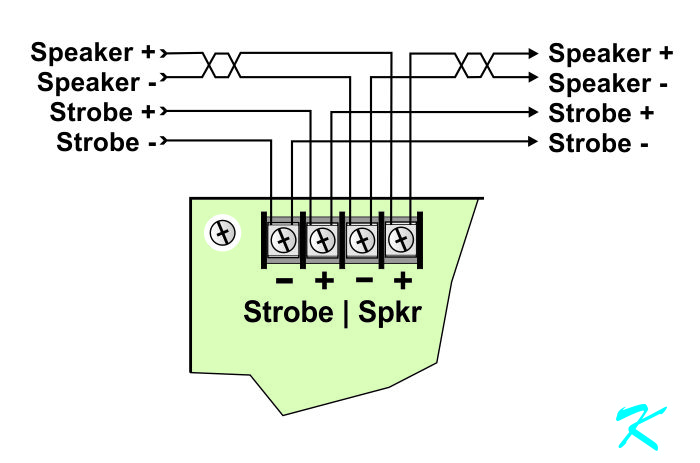 I need to change out a sounder and strobe. I have attached the installation sheet for a replacement sounder & strobe. Is this an addressable 4 wire speaker / strobe?

The circuits that the speaker and the strobe connect to are both separate conventional NACs (Notification Appliance Circuits). 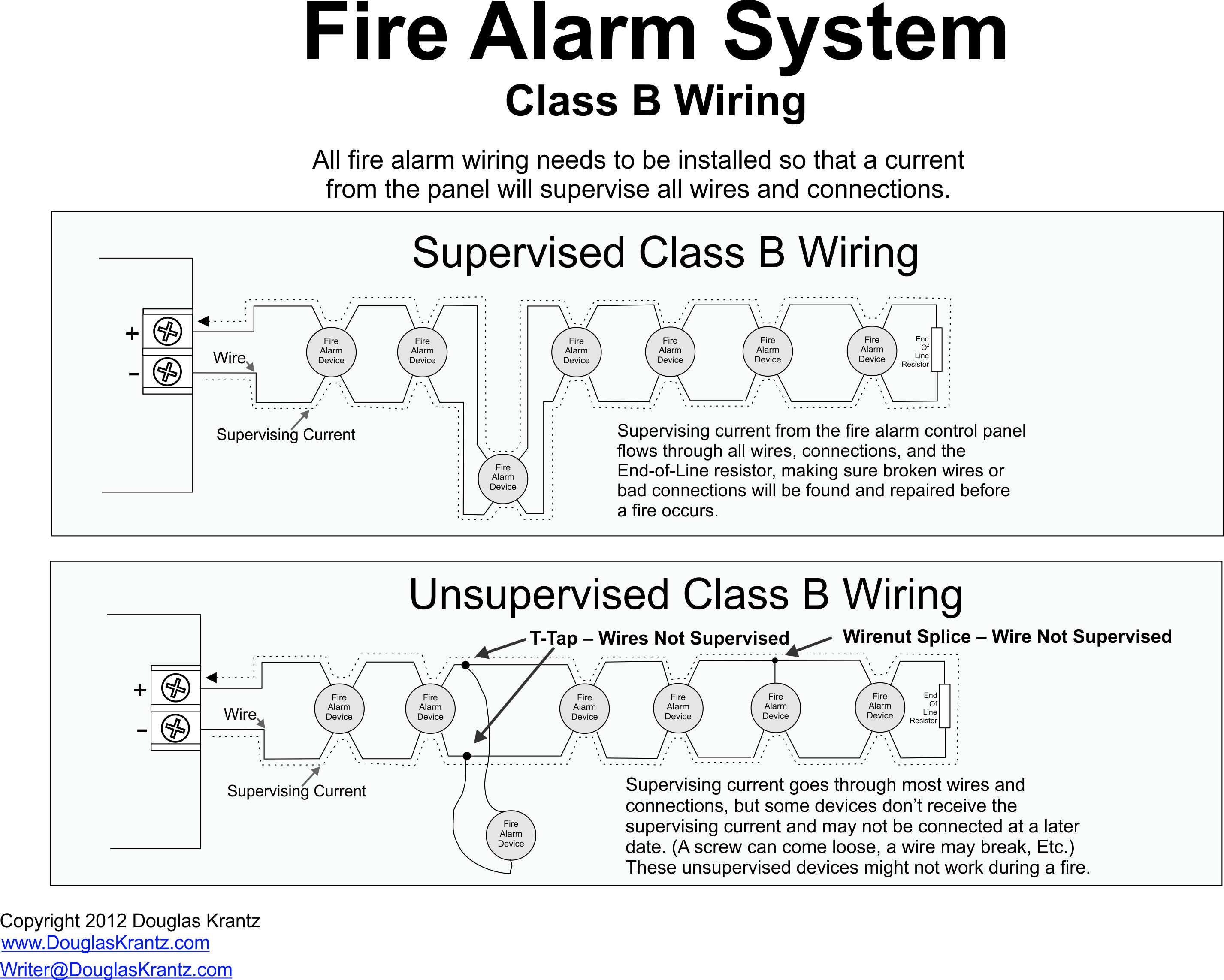 I'm including the wiring diagram that you can used for each of the conventional Class B circuits, which is what is supposed to be installed. Neither the speaker nor the strobe should be connected to an addressable circuit.

When they are sounding the alarm, the strobe requires 24 volts at the polarity shown by the + and - on the device.

Normally, when the alarm is not flashing the lights, the polarity on the terminals for the strobe should be opposite of what is shown on the terminals (I'll get to the speaker in the next paragraph): the wire that is measured as positive for strobe should be on the - terminal, and the wire that is measured negative should be on the + terminal. When the alarm is sounding, the voltage polarity on the strobe wires will automatically reverse, so the + and - terminals will receive the correct voltage polarity.

In general, never add a speaker, strobe, or fire horn without first checking what model device is being used already. Pull one off the wall that will be replaced and look at the model number. Make sure that the new one and the ones that are already there the same model number. If getting new ones to match can't be done, talk to technical support for the manufacturer of the old speaker, strobe, or horn. Ask them what can be used instead.

Sound the alarm and look at the strobe and listen to the speaker or horn. Don't just use internal testing. I know this is annoying to everyone else in the building, but many times I've had to fix the wiring later because a mistake was made and never tested.

If someone there says that you can't turn on the speakers, strobes, or fire horns so you can test them, write that down. Include the name of the person that told you not to test it. If something fails to work later, at least you can show that you wanted to test it.