Can I Use a NAC Circuit for a Sounder Base? 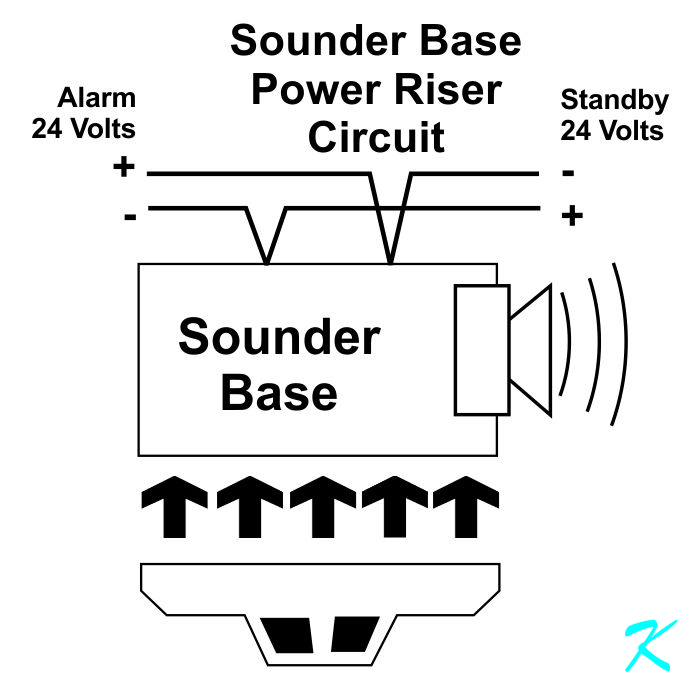 Can I connect sounder base of smoke detector (in sleeping room) to NAC circuit?

The Sounder Base Requires Full Power All the Time

Question: Is the Simplex sounder base an exception to the rule regarding using NAC circuits for sounder bases? Don't they have the option of using the NAC circuit power in an alarm?

ON: When the alarm is sounding throughout the building, the NAC circuit is providing power (and lots of it) to power all the horns and strobes in the zone being covered by the NAC circuit.

OFF: When the alarm is not sounding, the voltage on the NAC is reversed, an a very low power supply is checking continuity on the circuit. The circuit usually has lower voltage (sometimes less than 2 volts) and this voltage is only used to check the continuity of the wires (supervise the wires).

I haven't worked much with Simplex designs, but Simplex often has differences in their designs. What they refer to as a NAC circuit may be less of the NAC circuit that most manufacturers use and more of a supervised power circuit (no voltage reversal). If it's a supervised power circuit, it's an ON-ON circuit - never turning off. The key to this is found in their installation literature for the sounder bases.

Important to this is if there are any questions on what can and can't be used, talk to the Simplex technical support people. They know their system and will give better answers about their system.