Do I Have to Use a PVC Pipe That's Listed? 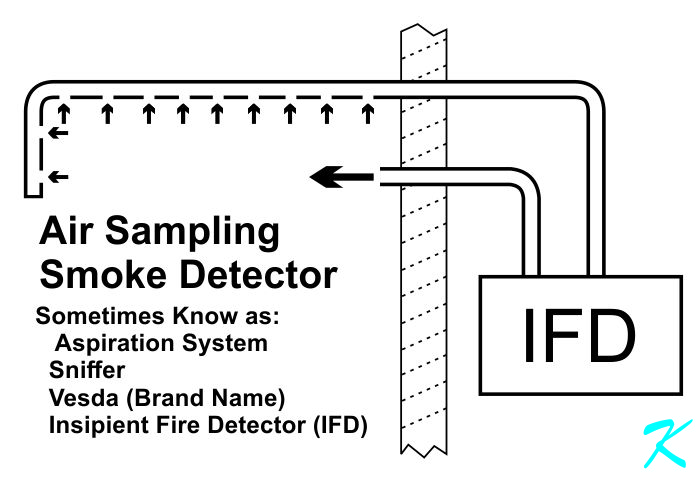 I am working as a fire-safety engineer. In part of job responsibilities, I have to do inspections at various factories to give them fire-safety compliance certificates. A factory that I visited wants to install an aspiration system. My question is, should the PVC pipe be listed or not, as per NFPA 72?

The word Listed means that a nationally known, third-party testing laboratory like UL, ULC, CE, FM, etc. has tested the pipe for use in Aspiration Systems for Air Sampling. Once the testing laboratory knows that the pipe is going to be adequate for this purpose, they say that it is adequate by Listing the pipe For Use with an Air Sampling Aspiration System.

Thanks a lot for your answer. But one thing is not clear to me that NFPA 72 does not mention that piping shall be listed. Them how can I say that it shall be listed? Do you have any reference that pipe shall be listed for the system?

In the year 1999, for instance, in their definitions at the beginning of the codebook, the NFPA 72 Code basically says that a detector is a device suitable to be connected to a circuit that detects smoke or heat.

In the year 2007, though, the NFPA 72 Code says the same thing in their definitions, but it goes on in a sub-paragraph saying that an Air Sampling-Type Detector consists of the pipe or tubing network connected to the detector where the air is then analyzed. That means that in order to be listed as an air sampling-type smoke detector, the manufacturer's PVC pipe is listed to be used with the specific air sampling system.

According to the NFPA Code, it's an air sampling-type smoke detector system - it's not just the detector box mounted on the wall.

In other words, the manufacturer has their pipes designed specifically for their detection system. Not only that, but the design of the piping system (length of pipe, air sample holes, area covered by each sample pipe, elbows in the pipe, etc.) has to be designed using the manufacturer's own design system (usually in the form of computer software) to make sure the system, including the air sampling, will detect all fires, and do this detection in a timely basis.

Further information can be found by googling "VESDA" (Very Early Smoke Detection Apparatus) and looking at: VESDA by xtralis.

Further information can also be found by googling "air sampling system" and looking at: AspiratingSmoke Detection.

Thanks a lot for your answer. Your answer always helps me. Again, thank you for your knowledge sharing.