Should the Generator Stop when the Horns Stop? 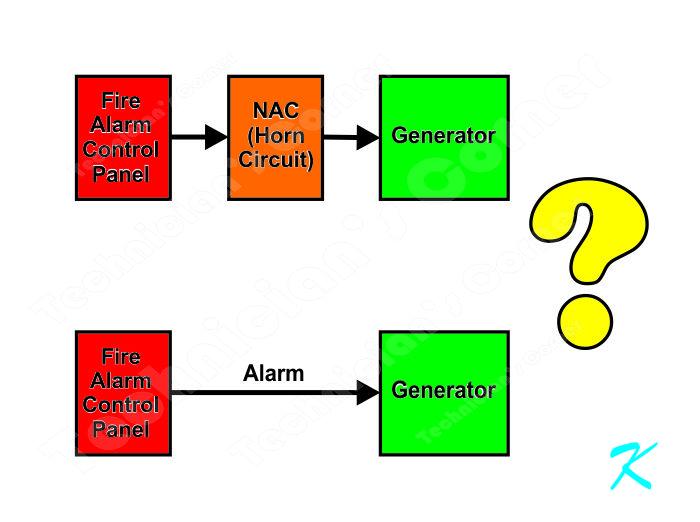 I have generator that shuts down when the fire horns stop. The old generator has no real diagnostics to see what the problem is. Is there a solution?

It sounds like there's an emergency generator on site that, when there's a fire alarm, gets turned on. It also sounds like when the fire alarm system is silenced, but still in alarm, the generator turns off.

I take it that the generator is supposed to remain of as long as the fire alarm system is in alarm.

Before running the wires, talk to the fire alarm service company to find out if there is even a place to connect these wires in the current fire alarm panel.

As a alternative to running wires, maybe a timer could be added to the interface to keep the generator running for some time after a fire alarm (30 minutes?).

Of course, there also may be a timer already in the generator for this.