Repeated waterflow alarms are usually caused by water leaking out of the sprinkler system, and then setting off the alarms, water flowing back in. If the water is leaking backwards through a faulty check valve, replacing the check valve can stop the false alarms. 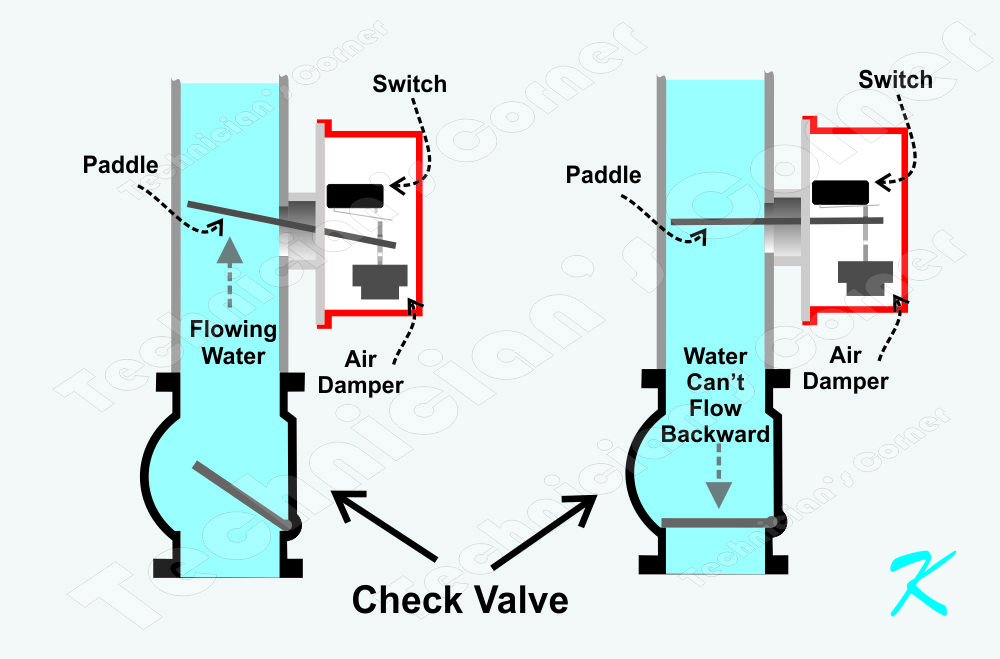 Will a check valve placed before a flow switch help with false flow alarms?

It's Not the Water Getting In

Because the sprinkler system has pipes going all over the building, totally bleeding the air out of the system is almost impossible, and some air will be left in the system anyway. Can't be helped.

It's the Water Getting Out

Other Ways of the Water Leaving the System

There is a time delay mechanism (called a retarder) inside most waterflow switch assemblies. To reduce false alarms, the delay just slows down the reaction time of the waterflow switch. If the switch reacted too fast, someone flushing a toilet so the pressure changes momentarily could set off false alarms. Usually this time delay is set to a time that the fire marshal will accept.

Over time, because the retarder is a rubber air damper, the rubber dries out and the time delay shortens. This could be a problem, but not always.

If there's no check valve in the system now, one installed ahead of any flow switches will prevent many false waterflow alarms. If there's already one installed but it leaks, replacing the valve will solve many problems. Talk to your sprinkler company, they can help.