Are all of them correct?

In an electronic circuit, ground can be defined as "The Zero-Voltage Reference Point". All other voltages in the circuit are compared to this point. At least that's the theory. 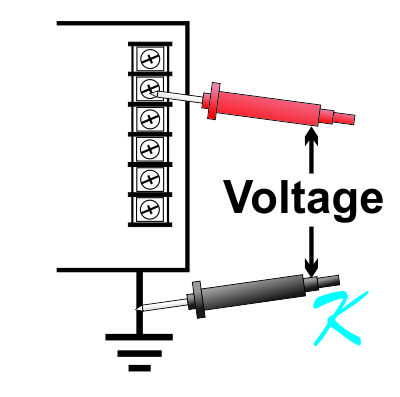 When dealing with a building, ground is still the zero-voltage reference point. However, depending on who you ask, they talk about ground as the copper-clad stake driven into the earth, or the ground bar in a remote electrical breaker panel, or the ground pin on a grounded outlet, or the... you get the drift.

In a Building, Ground is What Someone Says It Is

Ground, as the words "Ground Connection" are used in a building, is defined by:

No equipment is perfect. Often times, equipment like heaters, air handlers, air conditioners, or appliances can, and do, leak a small electrical current onto the building ground system. Newer equipment usually has less leakage, but as equipment ages, small leakages do appear.

Safety-ground, remember, is used to drain the unwanted electrical current leakage. This happens to some extent in almost all buildings. Ohm's Law says that where there's current passing through resistance, voltage is present. All building grounding systems have at least a little resistance, so with the electrical current passing through, voltage can often be measured on building-ground from one area of a building to another.

When ground is only used for safety-ground, a volt or two on the ground system isn't going to be a fire danger or a shock hazard to anyone. However, trying to use low level signaling with that much differential voltage on ground makes sending signals more difficult.

Example: On the grounds for two outlets that were only 100 feet (30 m) apart, I've measured as much as 2-volts peak-to-peak. In that case, that much voltage difference on the safety-ground system destroyed the 1-volt video signal, and other arrangements had to be made.

Example: In another instance, a 3-phase sub-panel was installed in a TV station building. The neutral wire was connected to the ground block in the main electrical switchgear panel, as required at that time by the NEC (the NFPA's National Electrical Code).

In other words, the neutral wire was used as the ground wire. Current was always present on the neutral wire, which meant that nearly a volt was present in both the neutral and the ground inside the sub-panel, when compared to the ground for the rest of the TV station. Video and audio signals from there were unusable until "Hum-Buck Coils" were installed in the signal carrying wires.

In both cases, there was a legally installed Safety-ground, but not a usable signal-ground.

Ground Is as Ground Does