What is Capacitive Lag?

Capacitive lag is the lag in time needed to charge the capacitance between the wires. Capacitive lag isn't a time delay of the undistorted signal; it's a distortion of the data signal.

One of the biggest issues that limit the length of wire used in a Signaling Line Circuit (SLC) is the amount of Capacitive Lag. If the wire length is too long, the capacitance of the wire will corrupt the data signals, and prevent proper communications between the panel and the devices.

At first glance, one would think that it's a distance-between-the-panel-and-the-module, but it's not. It's an issue of the total capacitance of the wire. T-tapped 10 times, or a single straight segment, it's the amount of wire, not the distance that matters.

A capacitor is defined as "Two Conductors Separated by an Insulator". Wire is a capacitor, wire also has resistance. And sending a signal through the wire, the power supply (digital transmitter or signal generator) has resistance. 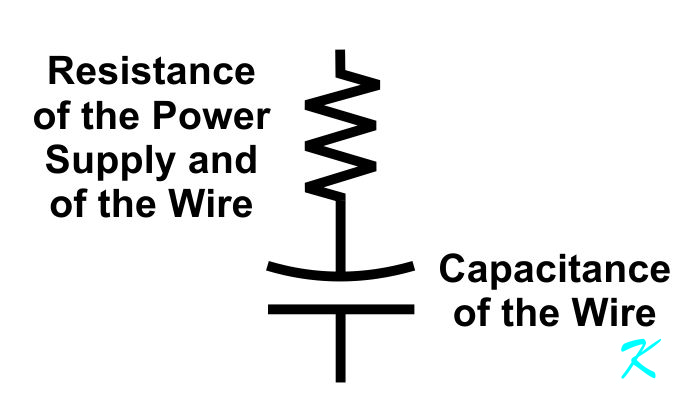 This means that the almost instantaneous voltage change that is sent by a digital transmitter takes time to charge or discharge the wires carrying a signal. 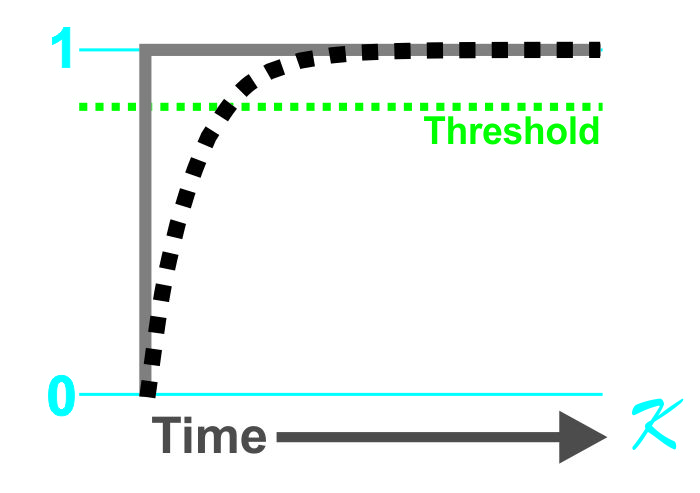 The time it takes for the voltage in the capacitor to cross a threshold, either charging or discharging, is the capacitive lag. Remember, the wires are a capacitor.

Why is there a threshold? 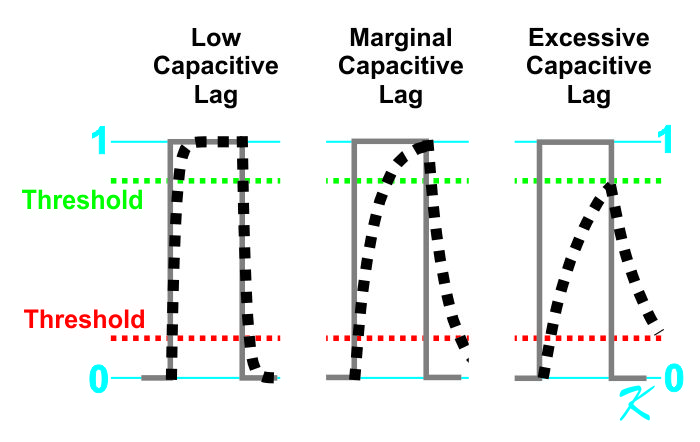 Compared to the digital signal being transmitted:
Once the lag (as measured by the time it takes for the voltage to cross the threshold) exceeds a bit in time length, that's it. There is no more data. The data is now corrupted and may as well as not have been sent.