How do you Troubleshoot an Addressable System? 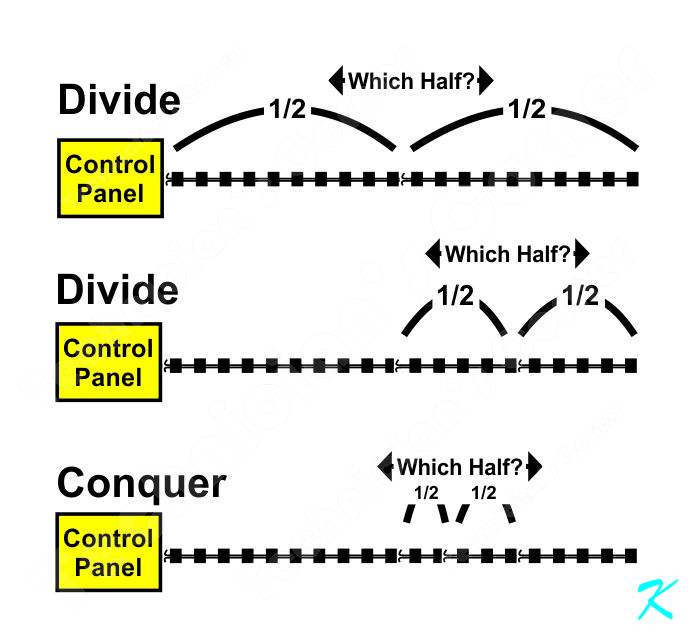 I have a problem on the Fire Alarm Control Panel (FACP) where an addressable device does not appear on the control panel. The number of addressable devices are around 72, bit the FACP shows me more than 190, or 200, or something like that. There is no short circuit, open circuit, or ground fault. What do you think the problem is?

Take Pictures with your Cell Phone

Before you disconnect any wires, take pictures of the wires so that when you put them back exactly the way they were. That is the only way you will keep from making the system worse and much harder to troubleshoot.


The following can't be used as a step-by-step instruction manual, all troubles in fire alarm systems have different causes. This can only be used to get general ideas of what to do. You have to make all the decisions and decide which direction to go at any time.

Now you need to look at the voltage on the Signaling Line Circuit (SLC or Addressable Loop) itself. If there are that many devices that the panel can't see, then you need to figure out why.

The screw terminals in the Fire Alarm Control Panel (FACP) is where to start.

On the Signaling Line Circuit, what is normally there is a very unsteady 10 to 20 Volts DC. The voltage will bounce around there every half of a second or so, and not be steady at all. Get used to it. This unsteady voltage is what is normal.

Zero Volts on the Screw Terminals with Wires Connected

Go into the panel and measure the voltage on the addressable loop (Signaling Line Circuit or SLC).

When measuring the screw terminals, if the voltage is zero or close to zero, then either something on the circuit is pulling the voltage down to zero, or the panel isn't providing voltage. Don't assume where the problem is located, confirm whether the problem is with the panel or with the wiring in the rest of the building. Check out which is causing the zero volts.

Normal Unsteady Voltage on the Screw Terminals with the Wires Disconnected

Do the same test for voltage on the devices elsewhere in the building - go to the Divide and Conquer section.

Zero Voltage on the Screw Terminals with the Wires Disconnected

First, make sure the screws are tightened. Again, wait a minute to make sure the panel will restart the loop, then check the voltage on the screw terminals again. If it's still zero, try a restart on the panel. If after a minute there's still no voltage, power down the panel (disconnect the batteries as well as turning off the circuit breaker) and power up the panel again. Wait 5 minutes to allow the panel to stabilize.

If there's still zero volts on the screw terminals for the Signaling Line Circuit (SLC) after a minute, there may be something wrong with the panel itself.

Repeat this division and check which half is bad until the divided half of a loop is short enough to troubleshoot.

Often, addressable loops have T-Taps. If you find a T-Tap, that makes it easier to divide because that makes three even shorter loops.

Something is pulling the normal voltage put out by the panel to zero volts.

If I or anyone else just worked on the system, that is where I would start there because that may be the source of all the problems.

At any location, before disconnecting any wires, check the voltage. If there's voltage, look at the voltage very carefully. Is it steady? If so, exactly what is the voltage? Write down the exact voltage, including the numbers after the decimal point.

Something may have changed. Try and figure out what changed.

If there's no voltage on the wires where you're at, take pictures and disconnect the wires from each other.

If the voltage has returned on a pair of wires, reconnect the wires using the pictures you just took. Confirm that the voltage goes away. If the voltage stays after reconnecting the wires, check the panel. Something may have changed. Try and figure out what changed.

If the voltage goes back to zero, leave the wires connected and divide the loop somewhere farther from the panel.

Check for Troubles on the Panel

Remember, there may be multiple troubles, check the panel each time you correct anything.

Also, keep in mind that in order to troubleshoot, you have caused more troubles. Reconnect everything the way it was.

Check the panel. Make sure there is no yellow light on the panel. The panel should only have a green light. If there's still a yellow light, find the cause and fix it.