Should We use Canned Air with Smoke Detectors? 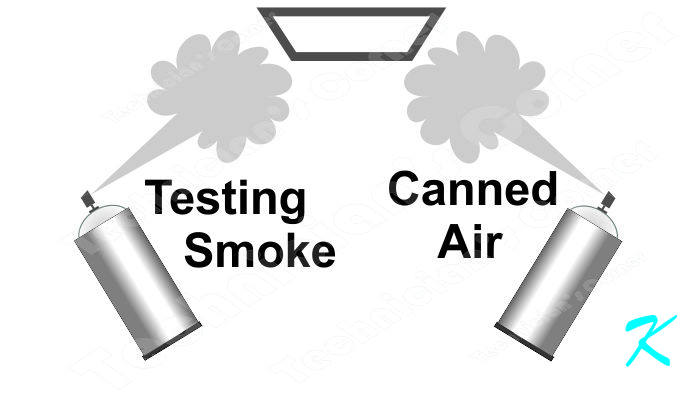 I have called the fire alarm manufacturer and their response was - "Warranty void" if you blow canned air into the smoke detectors. Yes.. it's what we have been taught to do. But if the manufacturer won't back this practice, why are we doing it? It's a concern.

I am field guy... If the device can't take a bit of a beating then it needs to be replaced. If I am to train my team in general practice, then I have to be sure. To blow canned air, or not. That is our question.

System is Normal; not System is OK

There are a number of factors involved, none of which by themselves really are important in and of themselves, but together, they make for a problem for the manufacturer.

The reason for this is liability. If anyone says that the fire alarm system is "OK" they are implying that everything in the entire system, including anything hidden, is "Totally Functioning and can be Relied on for Everyone's Total Fire Safety and All Property is Protected from Fire".

When something that was hidden was not working, anyone that said that the fire alarm system is "OK" is in trouble. That's how liability works.

Smoke detectors are no exception to liability issues.

Both situations come under the blanket statement of "blowing air into a smoke detector".

It's Everyone or No One

On one hand, if the manufacturers say that proper use of canned air will be OK for clearing out test smoke or cleaning out dust, someone will say "but I did take care, the manufacturer did say it was OK. It's their fault that the smoke detector didn't work." Then the manufacturer can be held liable for damages, even though someone else didn't follow exact procedures.

On the other hand, if the manufacturers say that the warranty is void if anyone blows air into the smoke detector at any time, at least no one will hold them responsible for damages if an improperly blown out smoke detector doesn't work.

Fire alarm manufacturers have to be very conscious of liability, or else the manufacturer will be bankrupt very soon. Therefore, the only thing the manufacture will say is "if anyone blows air into the detector, we won't be responsible for what happens." Warranty Void.

For nearly 20 years, this is how I've cleared the test smoke out of detectors. I've done this without using canned air. Instead of canned air, I've used a piece of cardboard as a fan to stir up the air around smoke detectors. Actually, during this time, I never even carried canned air. Fans work.