What Does E=IR Really Mean?

If it isn't just a word, and it isn't really something to be memorized in order to pass a test, what do the letters in Ohm's Law really mean?


E = I x R is a formula used to figure out the Voltage "E", or the Current "I", or the Resistance "R" of an electrical or electronic circuit. 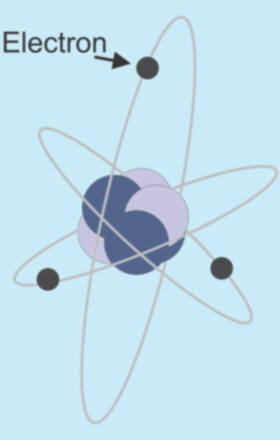 The electrons are found in layered clouds around the nucleus of atoms. The protons in the atom don't move from atom to atom, but the electrons can be pushed and pulled from atom to atom using electrical force. The force is called Electromotive Force (EMF). EMF is measured in voltage.

The letters in Ohm's Law show a relationship between voltage, current, and resistance, and at the heart of that relationship is the electron. 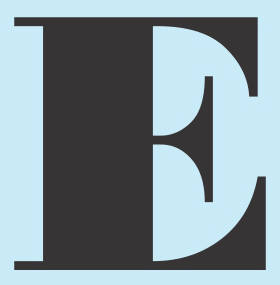 Electomotive Force (EMF), like pressure pushing on water, or like gravity pulling everything on earth, is what pushes and pulls electrons to cause them to jump from one atom to the next. Electromotive Force is measured in Voltage.

"E" stands for Electromotive Force (EMF). It's the driving muscle that moves the electrons.

Measured in Voltage, EMF pushes and pulls on the electrons. 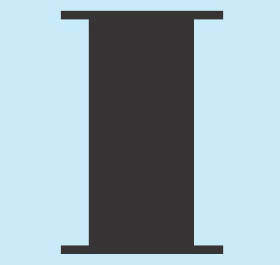 Measured in Amps, and hopping from one atom to the next, the organized movement of electrons going past a point is electrical current, or "I". 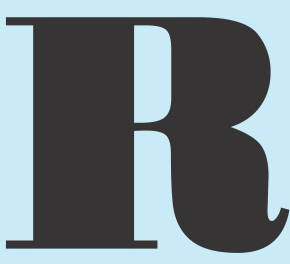 Resistance is the amount of opposition to electrical current. This can be likened to the diameter of a pipe resisting the flow of drainage from the bathtub. The larger the pipe (lower resistance) the faster gravity can pull the water out of the bathtub.

"R" stands for Resistance. It restricts, or slows down, the movement of electrons.

Measured in Ohms, resistance opposes electron flow. The greater the resistance, the less the electrons flow.

Assuming the electromotive force remains the same, reducing the resistance, like opening a valve on a water pipe, will increase the number of electrons that flow.

The opposite is also true, increasing the resistance will reduce the number of electrons that flow. 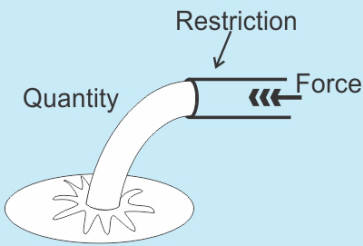 The quantity of electrons flowing, electrical current, is determined by the electromotive force - reduced by the resistance. 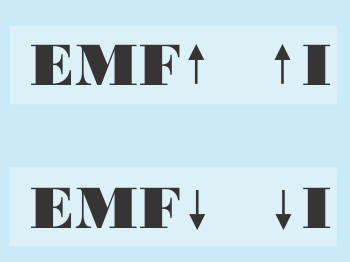 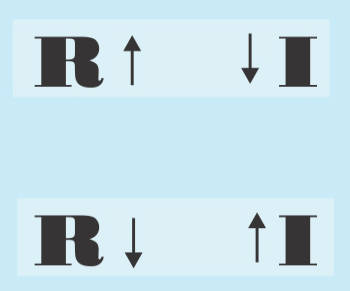 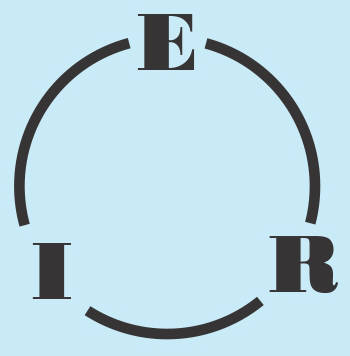 The relationships between the electromotive force, current and resistance are all interrelated, and described in a single formula, or law.
The Formula is
Ohm's Law
E(Voltage)   =   I(Amps)   x     R(Ohms)