What is the Difference Between Balanced and Unbalanced Wiring? 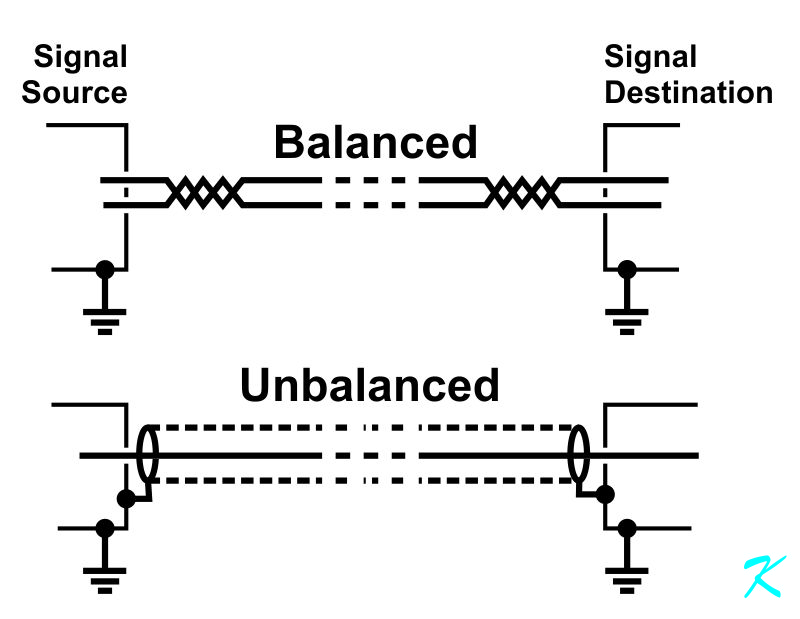 The Ground Loop Effect is where the current on a building's grounding system injects a stray voltage into the signal-carrying wires between electronic equipment.

Whether a circuit is balanced or un-balanced, electricity travels in a complete circuit. The circuit is a circle. 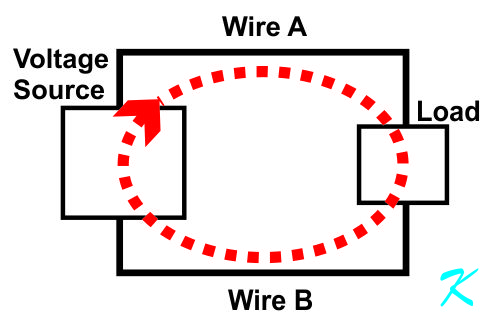 When looking at a wire, the wire in the circuit is not a direct short; the wire has at least a little resistance. The load, by the way, can also be considered to be a resistance. 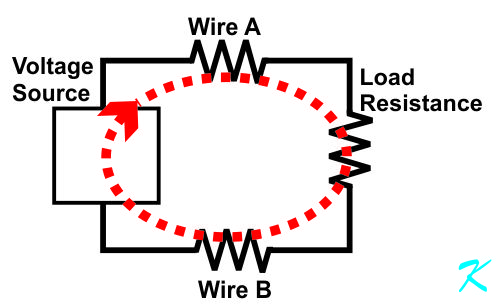 Redrawing a schematic makes the circuit easier to understand. 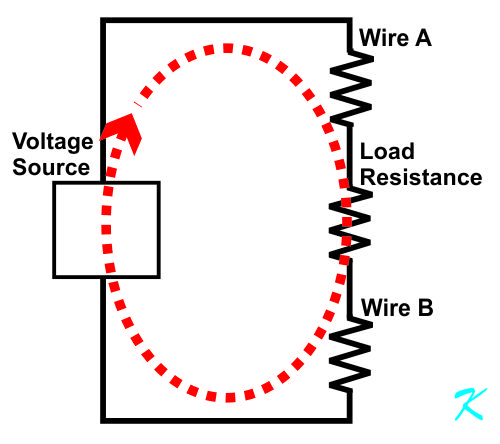 A balanced electrical circuit is not affected very much by outside voltages; the wires are independent. It's not a perfect independence, but the building's ground system does not add shared connections to a balanced circuit.

The boxes for the signal source and the signal destination are connected directly to the building's ground system, but the wires of the balanced system (Wires A and B) are connected to the electronics inside the boxes.

(Connectors aren't being included in the description.)

An unbalanced electrical circuit is affected by outside voltages; Wire B is connected to ground at both ends and shares current with the building's ground system.

For all practical purposes, unless the building is very small, some electrical current will always be passing through the building's ground system: from electrical equipment, to the copper stake driven into the earth. The current through the resistance produces stray voltages, which can be measured.

The Building's Ground is an Electrical Network 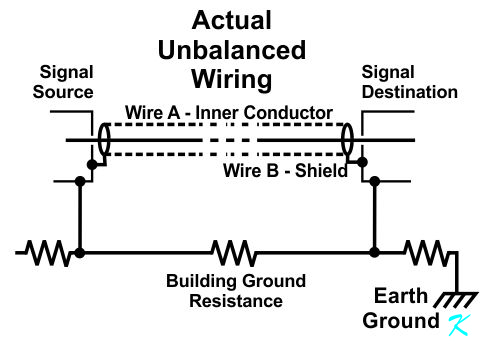 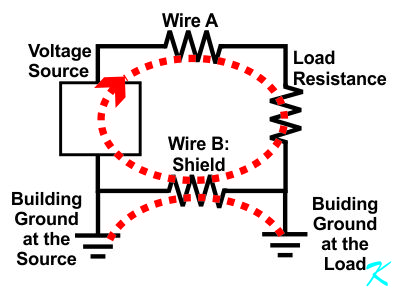 The unintended consequence to an unbalanced circuit is that the resistance of the shield, Wire B, becomes a second voltage source. Wire B is in series with the intended voltage source and also the load resistance. The unintended stray voltage introduced into the circuit by the resistance of Wire B will be added to the intended voltage from the source. Because it's a series circuit, both voltages will be felt by the load.

Short distances, like the distances in residential entertainment centers, are usually not affected much by stray voltages on the grounding network. Larger distances, like between equipment in various parts of commercial buildings will often produce offensive or corrupting hum, hiss, or other effects.

I've measured as much as 2.0 volts peak-to-peak between two outlets, 100 feet apart in a commercial building. I've also had to fix an audio distribution network where two different audio signals were mixing together in the grounding system.