How does a Shield Affect Cable Capacitance? 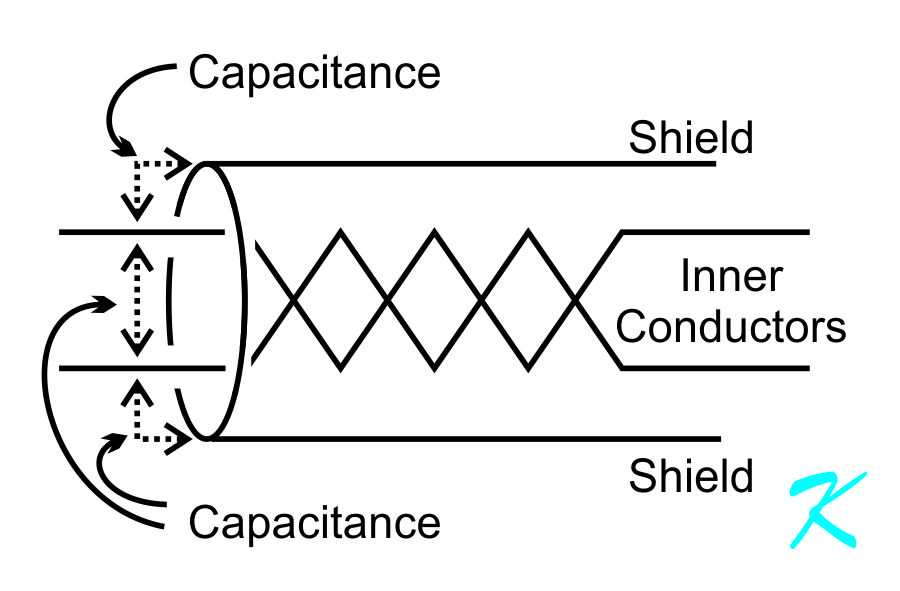 Using a drain wire does not "drain away" the capacitance. To some extent, the earth-grounded drain wire might drain away some of the electrons, but that draining is affected by the length of the wire as compared to the wavelength of the signal that the wire is carrying.

A Circuit is a Circle

Also, "draining away electrons" in not like pouring the electrons down the kitchen sink, never to be seen again. Electrons work in a circle; missing electrons have to be replaced. The only location that these "missing" electrons can be found by the circuit is inside the earth-ground. They come back up from the earth-ground and into the circuitry of the equipment at each end of the cable.

The draining of electrons affects the circuitry at each end of the cable. In other words, using an earth-grounded drain wire doesn't really reduce the effects of the capacitance in the cable.

When reducing the total capacitance of the cable, the diameter of the conductors inside the cable can be reduced, but there are limits. Both effects, the ability of the wire to carry the signal in the first place, and the resistance of the wire over its length, has to be taken into account.

Changing the type of insulator to a type that has a lower dielectric value will also reduce capacitance, but there are limits. Manufacturing techniques, material reliability, material availability, are just some of the limiting factors in the insulator material.

Read the specifications for the electronic equipment being used. If the manufacturer has a concern over cable capacitance, make sure the capacitance of the cable won't degrade or corrupt the signal being sent on the cable.